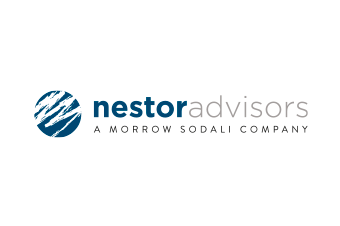 Directors ESG Governance
Download PDF Print
Share
For some time now, boards have been under pressure from regulators, investors and other stakeholders to integrate environmental and social factors into their company’s strategy and risk management, and to reduce the adverse impacts of their activities. More recently this scrutiny has extended to cover the approach to the company’s supply chain as well.

Proposed new European Union legislation could turn the pressure up several notches for the directors of all large companies in the EU and for many companies in sectors such as mineral resources, agriculture and food production, and clothing and textiles. Previous experience shows that where the EU leads, others often follow.

The draft Directive on Corporate Sustainability Due Diligence, published in February, could result in boards being much more directly liable for adverse environmental and human rights impacts, including in what the Directive calls their “value chain” (a broader definition that includes activities such as logistics and marketing as well as the supply chain). The objectives of the proposed legislation are not new, but the ways in which it aims to achieve them are.

To date, the focus of regulation in Europe and elsewhere has been on getting companies to disclose their policies for taking account of environmental and human rights. Generally, it does not set expectations for business conduct, although there are some exceptions such as in France where a corporate “duty of vigilance” was introduced in 2017. Instead, this is often left to voluntary measures including global standards such as the UN’s Guiding Principles on Business and Human Rights and the OECD’s Guidelines for Multi-National Enterprises as well as national codes and standards.

This disclosure-based approach to regulation has undoubtedly had a positive impact on business behavior and has increased the ability of investors and other stakeholders to challenge companies on their approach to these matters, but it is not without its flaws. For those companies that do not take these issues seriously, relying mainly on reporting allows considerable scope for greenwashing and the equivalent. And in some companies, public reporting requirements seem to be treated as a compliance activity rather than something that should prompt them to reconsider their strategy and policies as well as the governance mechanisms to facilitate board oversight and implementation.

The shortcoming of this approach is illustrated in the recently published research into the implementation in the UK of the 2015 Modern Slavery Act, which requires companies to publish a statement of their policies on slavery and human trafficking relating to their own business and their supply chain.

The research, commissioned by the Financial Reporting Council, found that less than a third of companies gave any indication that they had an action plan to address the risks identified and concluded that “modern slavery considerations are still not a mainstream concern for many boardrooms.” Similar criticisms have been leveled at the equivalent legislation in Australia.

The European Union appears to have come to the conclusion that the combination of mandatory reporting and voluntary standards will not be sufficient to bring about the change in boardroom thinking and business behavior that it considers necessary to address the urgent environmental challenges and achieve the Sustainable Development Goals.

The draft Directive therefore follows the approach taken by France in 2017 (and Germany, which introduced a similar law in 2021). It is still subject to negotiation and the details are likely to change before it becomes law, but as drafted it would place a number of duties on the boards of companies covered by the legislation.

Potentially, the most significant of these proposed duties are those that would require companies to take appropriate measures to prevent potential adverse impact and to terminate or mitigate actual adverse impacts that the company has identified – or, in the view of the national authorities, should have identified.
The Directive identifies a number of the possible measures that might be appropriate for companies to take including developing action plans, making necessary investments, terminating business relationships and ensuring that contracts with companies in the supply chain address the relevant issues.

The Directive would also give regulators powers to investigate what the company has done, direct them to take remedial action if necessary and to impose sanctions. What this means in practice remains to be seen, but one can think of cases where there might be a legitimate difference of opinion as to the extent of the impact on the environment or human rights and what the appropriate way of addressing it might be. The Directive creates at least the possibility that regulators might direct companies on what the board would consider to be business decisions such as where to invest and which suppliers to work with.

As noted, the Directive has not yet been negotiated and some of the details may change. But it is going to happen and I would expect to see policymakers and regulators in other countries considering something similar if they also conclude that the current reporting led regulatory approach is not on its own going to deliver the changes they are looking for.

In the same way as some regulators are currently rethinking their approach, now would be a good time for companies to do so as well if they have not already started the process; for example, by reviewing their business model and business processes, their risk management systems and how they aim to mitigate significant ESG risks, board level oversight of environmental and social matters and their contracts with and oversight of suppliers.  Many companies are taking these steps already, and some have gone further and are working together with their supply chain to find solutions.

In recognition of the challenge facing clients Nestor Advisors, in cooperation with its parent company Morrow Sodali, has strengthened its services to help them address the governance of sustainability, including board readiness, implementation and training.

Pressure from regulators, investors and stakeholders to put environmental and human rights considerations at the heart of the company’s strategy and risk management is only going to increase further, so acting now can help companies to get ahead of the game.
Download PDF Print
Share