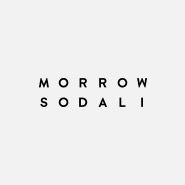 Between the months of September and November 2017 there were nine strikes recorded at companies within the S&P/ASX 300 index. Only two spill resolutions were put to a vote during this period, with one of them gaining some number (16%) of votes in favour.

When analysing the types of resolutions that received high levels of shareholder voting dissent (i.e. - more than 10% of votes cast being directed opposite to the board recommendation on any particular resolution), Morrow Sodali highlights that 37% of those resolutions were related to director (re)elections.

High levels of dissent were also observed in relation to separate voting approval of equity based (LTI) plans and the annual approval of the remuneration report.

Note that this analysis is biased by the number of resolutions put forward to shareholders under the respective categories (director election resolutions by far being the highest by number), which therefore indicates that although there were fewer strikes recorded this past AGM season, shareholder grievances pertaining to aspects of executive and non-executive director remuneration remain in focus.